There is no right or wrong way to write.

Okay, I suppose I should expand a little.

First, this can’t be said enough: all writing advice, regardless of who gives it, is very, very, very (you get it) much your mileage may vary. What works perfectly well for one person is completely useless to another. Everyone has to find their own way to create, and while some pieces of advice can be useful (a controversial opinion from someone who writes a lot of writing advice) it’s up to you decide which is useful to you. As seems to be happening more, this post is inspired by interactions I’ve seen on various social media platforms.

Outline – to pants or plot!

You might’ve come across the terms pantster and plotter. A panster is just someone writes by the seat of their pants, and a plotter, well, plots out the story. I’m 99% pantster. I do create an outline for everything I write, though it’s rarely more than a two pages, three at most. It’s little more than the chapter number, the point-of-view character, and what key event needs to happen in that chapter. With the exception of The Forgotten, every outline I’ve created is generally useless by chapter 4. As the story develops, the sequence changes, new ideas come into fruition, etc. I’ll usually update the outline for a while, but before long I say screw it and just focus on writing the damn story. I’ve never thought of it this way before, but for me outlines are like the towers for rocket launches. It’s necessary to get me started, but it gets left behind in a fiery explosion. Not really. Well, okay, there was that one time, but I can’t legally discuss it.

On the other end of the spectrum, I know authors who build outlines that are nearly novels on their own. For them, this is the skeleton around which the story is built. I also know some people who don’t outline at all. If you find them useful, use them, If not, don’t.

Write the book start to finish!

Guess what? You don’t have to! This can also tie into the different software people prefer. I have several friends who use Scrivener and they love it because they can write chapter 21 then chapter 7 then 8, then 1. Apparently you can also move the chapters around with ease and it’s just awesome. I wouldn’t know as I don’t like Scrivener and thus don’t use it. To me, it’s overly complicated for what I need and while I generally love learning new software, I’m happy to stick with Word and just get the writing done.

I do write from start to finish and in a completely fictional and non-scientific study I’ve done, it appears that those who can and do write chapters (or sections) out of order also rely on robust outlines. As I don’t, I don’t. For me, the story grows and develops as I write it, and the very idea of writing a later chapter before a preceding one fills me with dread. The ability to do so is clearly witchcraft, and while I approve of witchcraft in general, writing witchcraft is beyond me. But you can do that magic, get witchy with it. Just please don’t turn me into a newt. I’m not going through that again.

(college was a wild time)

You must use (enter software name here)!

Yes, I’ve actually seen this argument and, you guessed it, it is grade A bullshit. Use whatever works for you (are you noticing a recurring theme here?). G.R.R. Martin uses an old DOS machine running WordStar because it works for him, and he’s George R. R. Martin so people work around it. I use Word because I’ve used it forever, or at least since Word Perfect died, and I know how to use it. In the past, I’ve written long hand (my hands hurt just thinking about this), and used word processors, as in an actual word processing machine. They were like computers that only ran Word. I’ve also used manual typewriters, not because it was iron but because that was all that existed. Yes, I’m old, get off my lawn.

To make a long story short—too late—find what tools work for you. If the ones you’re using don’t, try something else, and keep trying until you find something that does. I’m a computer geek from the way-way back, when the old ones walked streets lined with boothy-phones and the internet was called Encyclopedia Britannica. So, I prefer to do all my work on a computer. I outline, keep notes, create story bibles, write, and edit on a computer. Some people can’t edit if they don’t print it out and mark it up, which is cool for them. One author I know uses a whiteboard and 3×5 cards to plot and layout a story. It’s a little too Beautiful Mind for me, but she rocks it and good on her.

TLDR: Writing can be hard. Chuck Wendig—very funny man and skilled writer—once said something along the lines of: writing can be rainbow unicorns that poop cupcakes, and sometimes it’s digging ditches. I imagine many of you reading this know the truth of that statement. Writing is hard, so don’t make it any harder than it needs to be. Grab a shovel, even if that college professor, famous author, weird guy on the street, the Dalai Lama, or a weird Dalai Lama on the street said you should dig with your hands first. It’s a creative process and no one knows how to do it your way, but you. If anyone tells you otherwise, tell them I said they should piss off. This will probably confuse them, but if they’re Catholic it could terrify them, so, have fun with it! 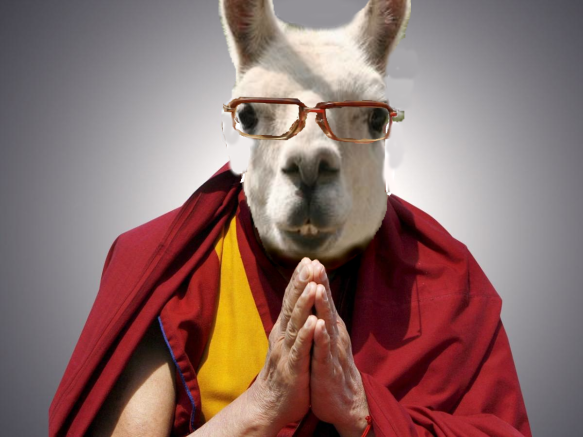 (Avoid all advice from the Llama Dalai Lama)