Are you waiting patiently (or impatiently) for The Returned? Have you thought that if you could just see the cover, or know what it’s about, that your wait would be that much easier? Well, I’m here to help.
Here is the (truly beautiful) cover and copy! 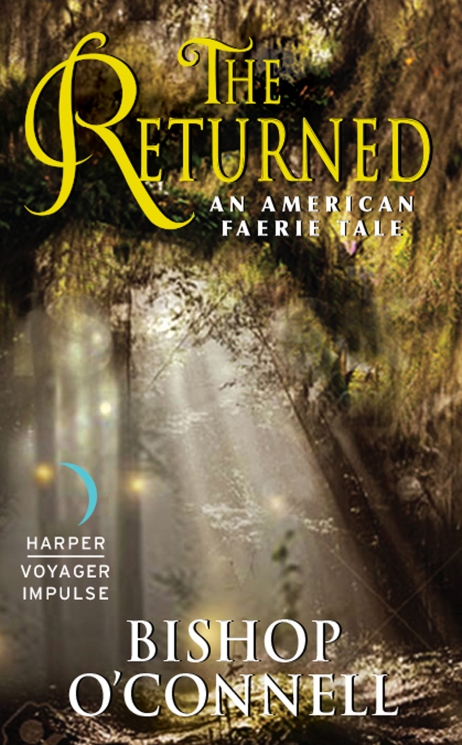 Almost a year after their wedding, and two since their daughter Fiona was rescued from a kidnapping by dark faeries, life has finally settled down for Caitlin and Edward. They maintain a façade of normalcy, but a family being watched over by the fae’s Rogue Court is far from ordinary. Still, it seems the perfect time to go on their long-awaited honeymoon, so they head to New Orleans.

Little do they know, New Orleans is at the center of a territory their Rogue Court guardians hold no sway in, so the Court sends in Wraith, a teenage spell slinger, to watch over them. It’s not long before they discover an otherworldly force is overtaking the city, raising the dead, and they’re drawn into a web of dark magic. At the same time, a secret government agency tasked with protecting the mortal world against the supernatural begins their own investigation of the case. But the culprit may not be the villain everyone expects. Can Wraith, Caitlin, and Edward stop whoever is bringing the vengeful dead back to life before another massacre, and before an innocent is punished for crimes beyond her control?

I’ve been continually impressed with the cover designs Harper has produced for each book in the American Faerie Tale series. I truly feel they nailed it once again.
This was the first book I’ve written where I had an outline and it survived till the end of the book. I have no idea if there is a correlation, but I also think it’s perhaps my best writing to date. Which is good because I always try to improve with each book. New Orleans is a city I really enjoy visiting, even if it gets too hot and humid for me to ever live there, and it was so much fun filling this book with the small details I’ve collected on my visits. Caitlin and Edward return as central characters (yes that is part of the many layered meaning behind the title) and I really enjoyed writing them again, and getting to write them interacting with Wraith! There are also other returning characters who you’ll learn more about, and of course some new faces as well.
The ebook is scheduled for release July 12th, 2015, with the paperback shortly there after. Like the previous books, I was careful to make this installment stand on it’s own, so you don’t need to read the preceding books to enjoy any other. It goes without saying though that you’ll get more out of the books if you do read them in order. So, if you haven’t already, there is time to read The Stolen, The Forgotten, and Three Promises before The Returned arrives. Click any of the links to pick them up from your favorite retailer, or signed/personalized copies from The Fountain Bookstore (who ships worldwide).

1 thought on “Cover Reveal – The Returned”